Collection, a critical function for every NBFC, was identified as a problem area in the Client’s processes. The client faced approx. 10% dishonored monthly EMI payments and leading the collection process became expensive without significant results. The client wanted to execute improvement and optimization of their processes to increase collections while minimizing the costs of the same.

Nexdigm’s approach to this project was based on the four pillars of time, cost, quality and risk. A thorough monitoring system was put in place with daily, weekly, fortnightly and monthly reports, to identify obstacles early on and ensure that all activities were on track.

The set-up process involves getting the right approvals, appointing the right vendors, and ensuring smooth coordination between them. To meet this end, Nexdigm deployed a dedicated project team on-site to ensure that every detail was executed as planned. This enabled Nexdigm to prepare for and handle obstacles smoothly without hampering the flow of the project.

Nexdigm obtained crucial registrations in record time which were critical for completing the project on time. For example, the Pollution Clearance which must be obtained before setting up a factory in the State of Madhya Pradesh generally takes about 45 days. However, with the proactive approach of the project team and the concerned authorities, this was obtained in five days.

Nexdigm conducted various negotiations on behalf of the client with their vendors, bankers, and suppliers, and resulted in a significant saving versus the initial project cost. Furthermore, the team systematically monitored costs and was involved in preparing and maintaining the project budget which was tracked periodically to identify optimal timing of capital infusion. Nexdigm also conducted regular budgeted versus actuals checks to ensure that the project was on track.

Nexdigm identified, applied for, and obtained incentives offered by the government through a dedicated liaising effort by its project team. These incentives were worth more than those available under regular state incentive schemes. This achievement was possible because Nexdigm aided Avgol in convincing the State authorities of the value Avgol would bring to the state.

Nexdigm assisted in loan syndication with three banks (two nationalised banks and one private bank) and was able to get sanctions for term loans in foreign currency which justified the business case of the project.

Nexdigm deployed a lean finance and accounts team covering all aspects of a CFO in India for this project. The team worked in tandem with Avgol’s global finance team.

Nexdigm’s assistance included setting up an accounting and compliance function including designing accounting policies that were aligned to global policies, initializing an accounting software, managing regulatory compliances without delays, preparation and finalization of financial statements and MIS, and liaising with auditors. This also entailed managing the treasury function including forecasting monthly cash flows and advising on timing and modes of fund infusion.

Nexdigm assisted in the implementation of SAP ERP for Avgolin India. It included assisting with a design review to the existing global SAP system to align with Indian tax regulatory compliances including GST and withholding taxes as well as the Indian accounting and reporting standards.

Nexdigm supported the company in imports of nearly 100 containers, goods were imported from over 10 different countries across the globe. Nexdigm also assisted in the appointment of a specialized Customs consultant to ensure duty benefits on the import of capital goods.

By working proactively with various stakeholders, Nexdigm helped identify risks in various areas such as, legal, compliance, financial and commercial amongst others.

Nexdigm assisted in organizing and conducting a successful on-site recruitment program. Recruitment support for hiring the General Manager and top functional personnel, technical and non-technical hiring. The team assisted with commercial negotiations for all salaries involved.

Despite an average workforce of 400+ on-site on any given day, the team successfully achieved 450,000 manhours of safe time during project execution as on 1 August 2017.

Assisted in the implementation of Group level policies (viz. HR Policy, Safety and Security Policy, etc.) after fine-tuning these to suit Indian requirements.

We conducted various negotiations on behalf of the client with their vendors, bankers and suppliers, which resulted in significant saving compared to the initial project cost

We identified, applied for, and obtained incentives beyond those available under the regular state incentive schemes

For more information on this case study, please contact 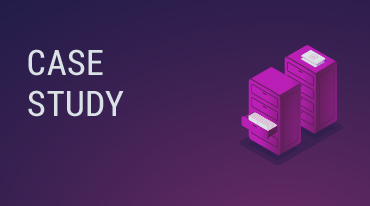 Sector / Industry IT and ITeS

Reach out to us at ThinkNext@nexdigm.com